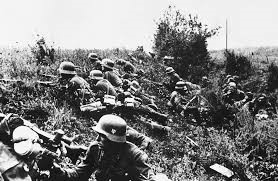 At 3.15 am in the morning on Sunday June 22nd 1941, Adolf Hitler launched “Operation Barbarossa”- the invasion of The Soviet Union. Over 150 German divisions along with Axis forces comprising Italian, Rumanian and Hungarian divisions participated in the attack.

Initially the German forces achieved stunning successes catching the ill prepared Soviet forces by surprise-Stalin had ignored warnings of the impending attack. By June 29th  30 Soviet divisions had been  eliminated and the Wehrmacht was 300 miles from Moscow. Many German soldiers were confident of another easy victory, after all, France had fallen in six weeks so why not Russia.  What went wrong? How did a short Blitzkrieg campaign end in the rubble of Berlin five years later?

The initial German plan consisted of three Army Groups, Herres Gruppe North would advance into the Baltic States then encircle and capture Leningrad assisted by several Finnish divisions. Army Group South-Herres Gruppe Sud would advance into the Ukraine to capture the coal rich Donets Basin and the capital city of Kiev.  Finally, the strongest Army Group Center – Herres Gruppe Mitte would advance to Minsk, Smolensk and finally capture Moscow.  Adolf Hitler believed the campaign would be short and when asked of the Red Army which had been weakened by Stalin’s purges in the 1930’s he replied;  “All we have to do is kick in the door and the whole rotten structure will come crashing down!”

At first this clearly seemed to be the case, Minsk and Smolensk fell in a few days of each other and by September 600.000 Soviet troops had been taken prisoner at Kiev. The Soviets had lost 3 million men but more Russian divisions always appeared and now the enormity of the German undertaking was becoming apparent. New Soviet tanks such as the T34 sent shock waves through the German Panzer Divisions. The distances were becoming greater, the further the Germans advanced the more they became separated from their supply lines. Nevertheless, convinced he was right, Hitler ordered “Operation Typhoon” the drive on Moscow to commence on 2nd October 1941.

Hitler’s generals advised halting for winter, he refused. The German attack coincided with the seasonal Rasputitsa –literally “season of mud.” In torrential rain, the ground became a quagmire, trucks and tanks became bogged down. Horses could barely move, struggling through the nightmarish mud.  Although Nazi propaganda always portrayed the German Army as a motorised force, 60% of the Wehrmacht’s forces were horse drawn.  From June – December 1941, the Germans utilised 700.000 horses for the Russian campaign.

To add to the Germans’ misery the temperature dropped and the snow began to fall. In some areas the temperature fell to minus 40.  The German supply lines were stretched to breaking point, cases of frostbite grew, the drive on Moscow slowly ground to a halt, fresh Siberian divisions arrived at the front, reinforced by T34s and fresh aircraft. On 5th November 1941, the Soviets launched their counteroffensive outside Moscow, throwing the Germans back.

Adolf Hitler’s plan to achieve a quick victory over the Soviet Union had failed. Barbarossa failed because Germany simply did not have the resources to wage long term war against the Soviet Union-for which it had made no preparations. In time, Soviet war production would far outstrip German war production.  The distances involved were far too great and the wear and tear on vehicles  was immense. The supply situation was a nightmare with German advances making it virtually impossible to keep the troops adequately supplied.  No preparations had been made for a prolonged winter campaign.

The Soviet forces were better equipped for winter warfare and once “General Winter” set in the Russians were able to bring in fresh divisions to strengthen the Moscow Front. Another reason for failure was the strength of the Red Army, although it had many short-comings, Soviet troops never lacked courage and believed in their motherland.  The Red Army had a lot still to learn but learn it did.

Although the Luftwaffe had destroyed 2000 Soviet aircraft, the Red Air Force was never completely destroyed.  Many Russian pilots survived being shot down and Soviet fighters often withdrew to airfields out of reach of the Luftwaffe.

Barbarossa failed not only because of bad planning, Hitler’s constant interfering, but also because no preparations had been made for winter, supply lines were precarious, illness was rife among German troops.  It has been said the moment the Germans set foot on Russian  soil, at that point they had already lost the war.  Operation Barbarossa was also indirectly responsible for the Cold War.

Germany was now committed to a war it had no chance of winning and although in 1942 it looked once again that Russia may crack-all that changed at a city on the Volga River – where the turning point would arrive.  A city called Stalingrad.

Jason is a first year Undergraduate Student in the Department of History. His interests include the Second World War the Eastern Front and North-West Europe, the Vietnam War and Post War British History from 1945-2020. 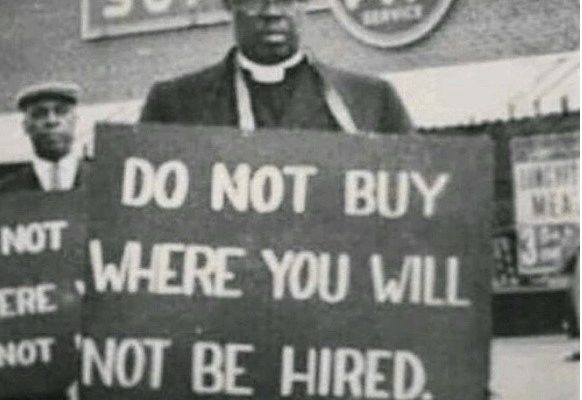 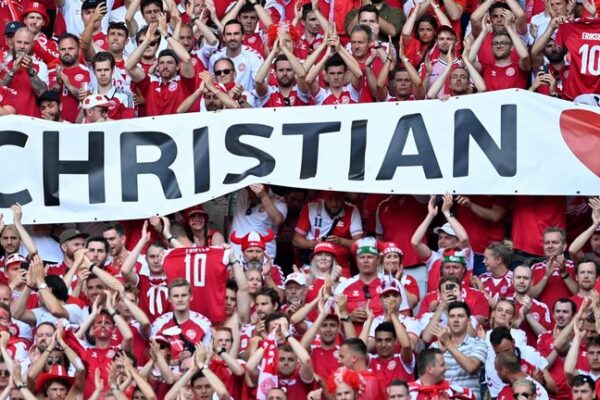 How will history remember Euro 2020?

Has the dust settled yet from the events of the final of the European Championships? If you’re an England...