Home Should historical TV dramas come with a warning label that they may include fictitious content? 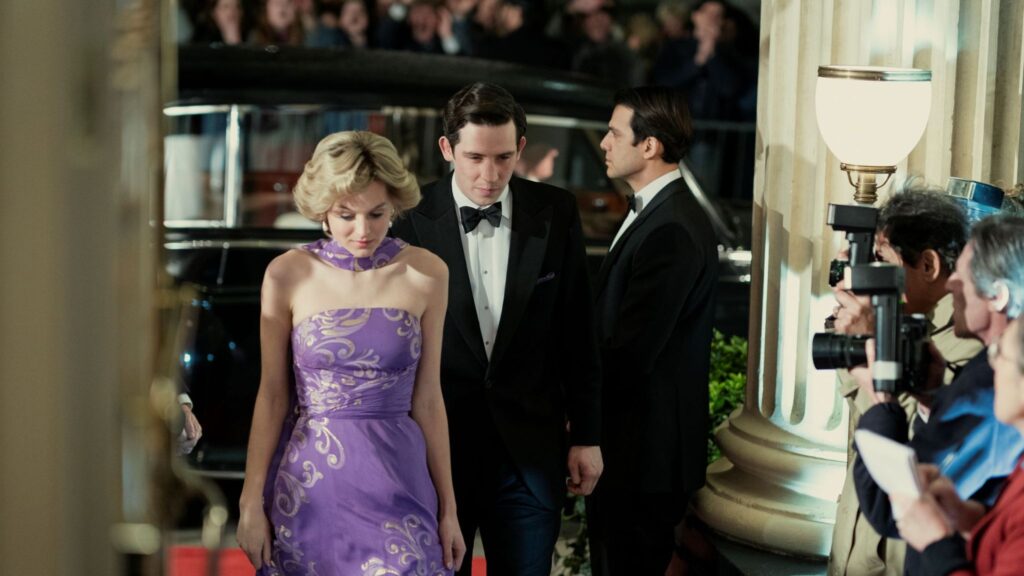 I skirted around this question in my last blog. There I argued the benefits of historical TV dramas in inspiring further knowledge and education about past eras. The issue has recently hit the national press.

In the Mail on Sunday, UK Culture Secretary Oliver Dowden penned the following words in regards to Netflix’s hit TV series, The Crown: “I fear a generation of viewers who did not live through these events may mistake fiction for fact.” He continued that Netflix’s “beautifully produced work of fiction… should be very clear at the beginning it is just that”.

The Crown is in its fourth season. Whilst it has focused on the life and reign of Queen Elizabeth II since its inception, its current season handles the relationship between Princess Diana and Prince Charles, including the flaws and breakdown in their marriage. The show’s creator, Peter Morgan, has labelled his series as “an act of creative imagination”. He also, like myself, has transitioned from republican to royalist in his life (which adds an interesting hue when re-watching the Crown in light of this knowledge).

Oliver Dowden has only been in the post of Secretary of State for Digital, Culture, Media and Sport since February. Ever since he has played a prominent and vocal role in cultural affairs, most notably in the government’s involvement in reforming the English football league following the demise of both Bury FC and Macclesfield Town FC in the same year.

Dowden’s concerns about The Crown extend to all works of historical fiction: should they come with warning labels to caution viewers that not all the events portrayed are factually accurate?

I write this piece having just finished season 4 of The Last Kingdom, another Netflix production. The show is a TV adaptation of Bernard Cornwell’s Saxon Stories book series and tells the life of Uhtred of Bebbanburg during the reigns of King Alfred the Great and his son Edward.

Whilst the series chronicles events in history, such as Alfred’s fleeing to the marshes of Athelney during the Danish invasion and many battles such as Edington and Tettenhall, it also contains much fiction and artistic license. For example, the main character of Uhtred is based on the life of Uhtred the Bold (whom Cornwell is descended from). However, the real Uhtred lived over a hundred years later in the eleventh century, and came to prominence in Northumbria by repelling a Scottish invasion by Malcolm II.

Cleverly, the show manoeuvres around this in season 3 when Alfred confesses to deliberately leaving Uhtred out of his Anglo-Saxon Chronicle, largely owing to the two’s often fractious relationship. For me this episode is The Last Kingdom’s most powerful and the show’s producers astutely sidestep the issue of historical accuracy by essentially asking if a tree falls in a forest and nobody hears it, did it really fall in the first place? In this way, the largely fictitious (or historically anachronistic) Uthred can be counted as just one of possibly thousands of figures in the past who have been omitted from the history books by powerful men like Alfred.

The Last Kingdom is not the only show to have done this. The History Channel and Amazon Prime’s Vikings, for example, goes even further, weaving the lives of Norse figures who lived hundreds of years apart into the same time period.

So then, should these shows also carry a warning label? On the one hand, these programmes have prompted me to delve deeper into the histories they portray. After finishing The Last Kingdom I began reading a biography of Alfred the Great the same weekend and my Christmas list now includes The Anglo-Saxon Chronicle and Tolkein’s translation of Beowulf. Would a truer, but duller Uhtred-less The Last Kingdom have inspired me to learn about the real history of Anglo-Saxon England? Perhaps not.

On the other hand, Dowden’s warning label wouldn’t necessarily mean the loss of artistic license and may prove useful for the vast majority of consumers of historical TV dramas who aren’t as obsessed with history as me and don’t have the time to research what is fact and what is fiction. Is such caution even more important when shows deal with figures who are either still alive or are within living memory, such as Charles and Diana?

It is ultimately not for me to give the yay or nay to warning labels, so I’ll leave it to you to decide. All I can say is that these shows make for bloody good viewing.