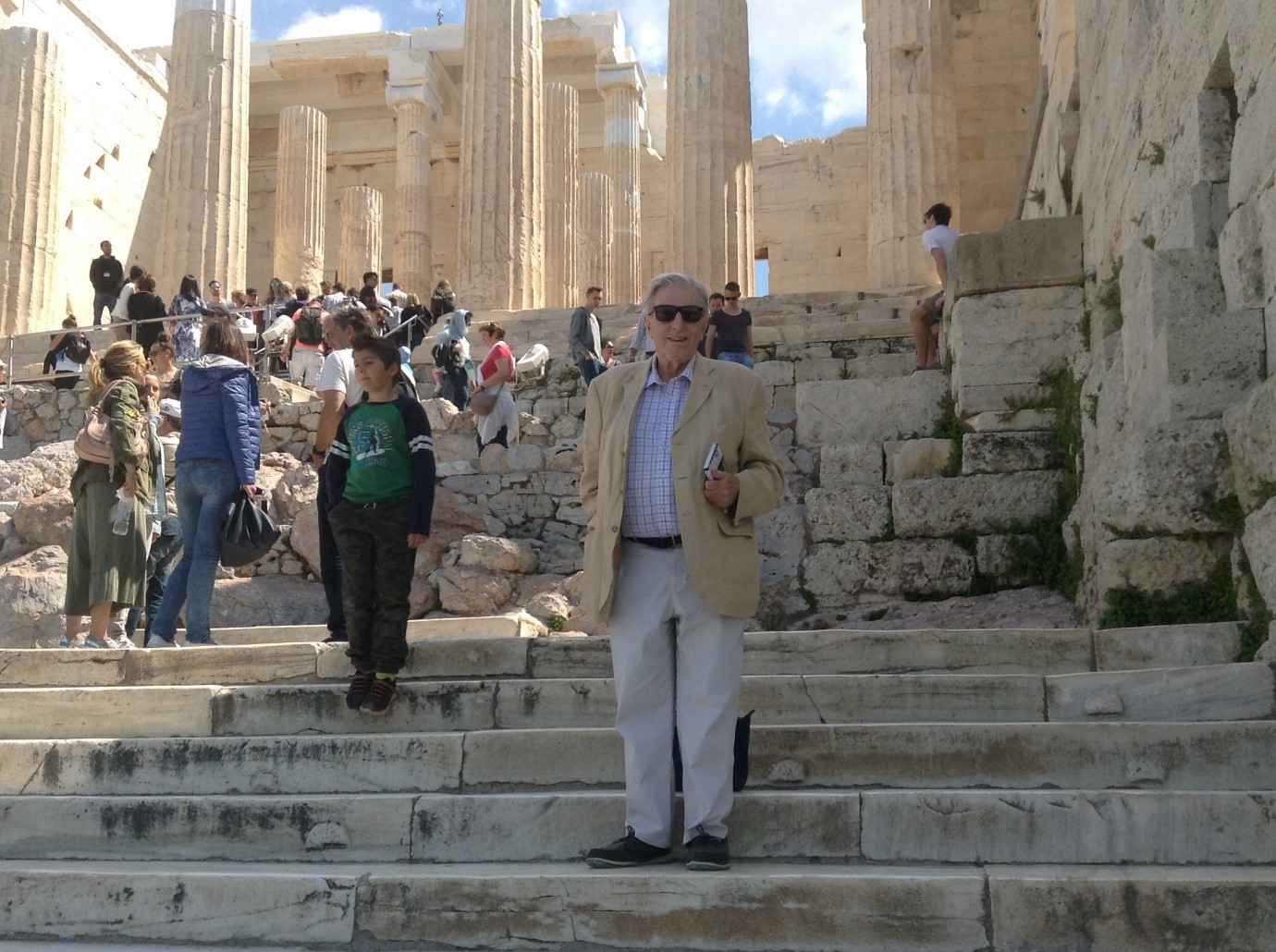 Percy Lomax pictured here in his element at the entrance to the top of the Acropolis. Percy talks about Athens in the period 600 to 338 BCE.  He discusses topics such as Pericles of Athens and the birth of democracy.   He looks broadly at the City described as ‘The City of the Gods’.  Athena, the goddess of Athens was the goddess of wisdom and war.  Wisdom was particularly apposite as Athens produced Socrates and Plato and Aristotle moved to the City.