Home First into the Fray: The Story of the Bristol Blenheim in WW2

First into the Fray: The Story of the Bristol Blenheim in WW2 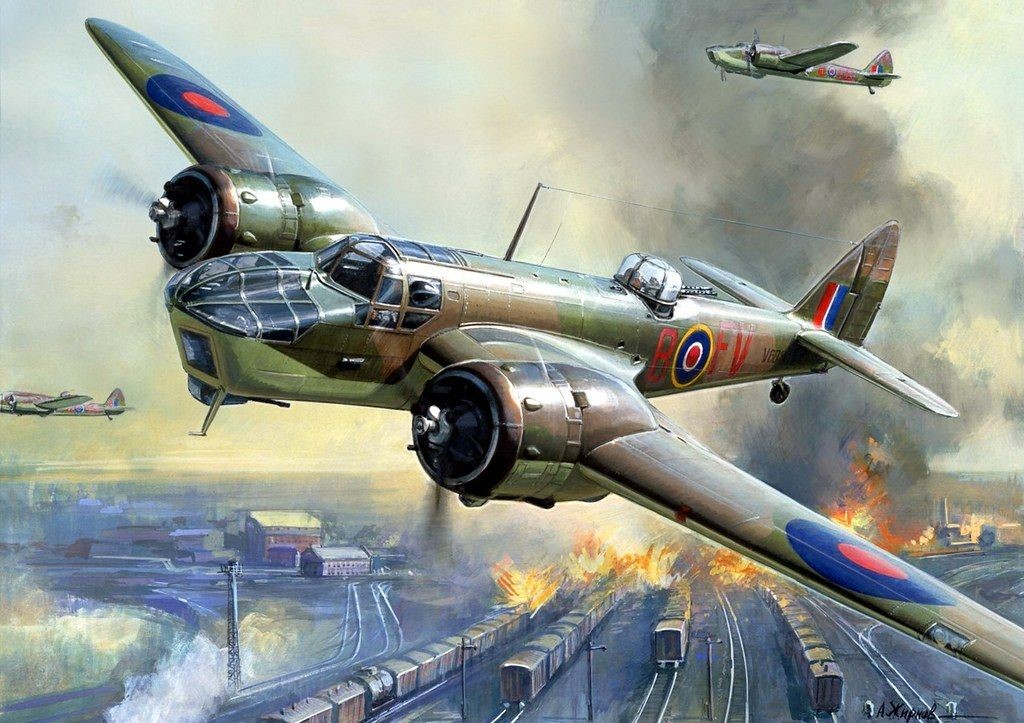 On the 12th April 1935 an aircraft built by the Bristol Aeroplane Company, the Bristol Type 142 (with the unofficial name of “Britain First”), took off from an airfield at Filton in South Gloucestershire. The six-seater aircraft proved to be much faster than anticipated and was around 70 miles per hour faster than the latest Royal Air Force (RAF) fighters then in service. This sleek all metal twin engine monoplane was a world away from the RAF’s wooden and fabric biplanes which represented Britain’s current frontline aircraft for defence and attack. The Bristol Type 142 was soon renamed the Bristol Blenheim and quickly drew attention from the RAF. It would soon enter service as both a fighter, bomber, and reconnaissance aircraft.

The Bristol Blenheim would go on to play key roles for Britain in the Second World War and would see service not only over the skies of Britain, but also in the Western Desert, Mediterranean, Eastern Europe, and the Far East. It would be involved with the first action of the RAF during the war only a few hours after Britain declared war on Nazi Germany, and take part in numerous raids, including attacks on invasion barges, factories, and ports. It would also be the first aircraft to sink a U-Boat. Yet this remarkable aircraft was soon overtaken by the fast advances in technology and its early war efforts are often overshadowed by later events and more advanced aircraft.

In this talk historian James Jefferies will re-examine the Bristol Blenheim’s role during the Second World War as well as exploring why Britain chooses to so often omit this remarkable aircraft from its memory of the war in the air.

Talk at 2pm
Talk at 7pm
Sign up to our Newsletter