Home Hitler against the Raj: spies, revolutionaries and a global conspiracy

Hitler against the Raj: spies, revolutionaries and a global conspiracy 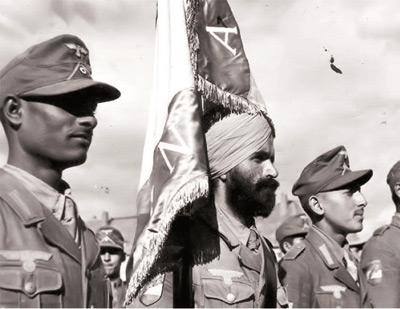 There is a file sleeping on the shelves of the British Library on the Euston Road. It is a document from the India Office, the administrative heart of British rule in India, one of the files of Indian Political Intelligence. Close attention was paid to enemies of the Raj and a network of informers and intelligence officers sent reports of conspiracies and rebellion from across the globe.

File 6303/22 contains a surveillance report on what it calls the ‘Conference of Orientals at Munich’. It claims a group of anti-imperialist freedom fighters – from India, Ireland, North Africa, Turkey and Syria – met in a suburban Munich villa in December 1922. Their purpose: to plot coordinated and violent uprisings across the British Empire. Their host: ‘the Extremist leader of the Germans in Bavaria’, Adolf Hitler.

This talk will look at the file in detail, my attempts to verify its contents, and attempt to answer the many questions it poses – questions about Hitler’s early political career, networks of resistance across continents, and patterns of political violence.