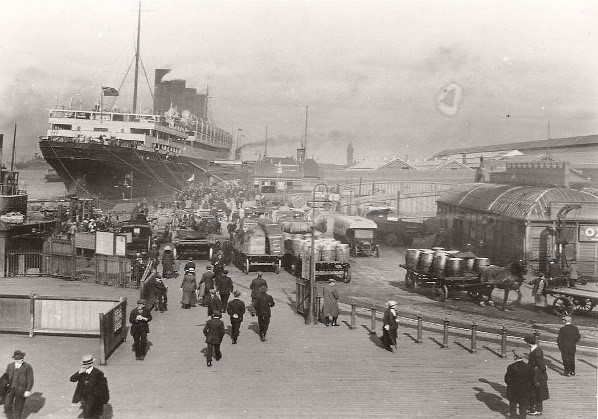 This second talk on Liverpool and Merseyside looks in more detail at the last 100 years up to Liverpool becoming the City of Culture in 2008 under the banner “the world in one city”. This was a period of tremendous change for Merseyside. During World War 1, Liverpool was the major port for troops from America, adding to the ethnic mix in the City. Race riots occurred in 1919 and again in 1981. The large Irish population was caught up in the Irish troubles in the early 1920s. In World War 2 Merseyside was so heavily bombed especially in 1941 that it suffered the worst number of fatalities outside London. After the War the area went into steep economic decline, and by the end of the twentieth century the docks were lying idle on both sides of the river – the port having moved to a new container base at the mouth of the Mersey. Urban regeneration was achieved using European Union funds, and in 2004 UNESCO gave Liverpool World Heritage Status under the title “Liverpool Maritime Mercantile City”.

Mike will focus on War, Decline and Renaissance