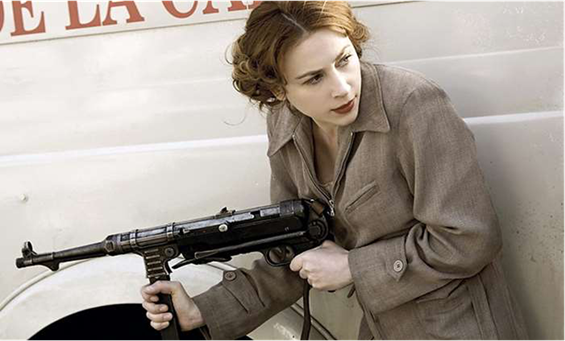 France 1944, a lone aircraft deposits an individual by parachute into the cold darkness of Nazi occupied Europe. Highly trained in the art of sabotage, disguise and subterfuge, they are a crack shot with a pistol and trained to kill with their bare hands. The figure lands rather ungraciously, removes both their parachute and overalls where a brunette woman emerges in a camel-hair overcoat, her three-inch heels wrapped to stop her breaking her ankles from the parachute landing. This remarkable woman is a secret agent for Britain’s Special Operations Executive (SOE), whose dangerous mission is to ‘set Europe ablaze’.

The SOE deployed 39 women to France during the Second World War, their courageous actions and often tragic stories have since been immortalised in film, biographies and novels, causing a uniquely feminised history of the SOE. This talk will explore how the women agents of the SOE have been portrayed, discussing gendered representations and the publics continued fascination for Britain’s wartime clandestine activities.