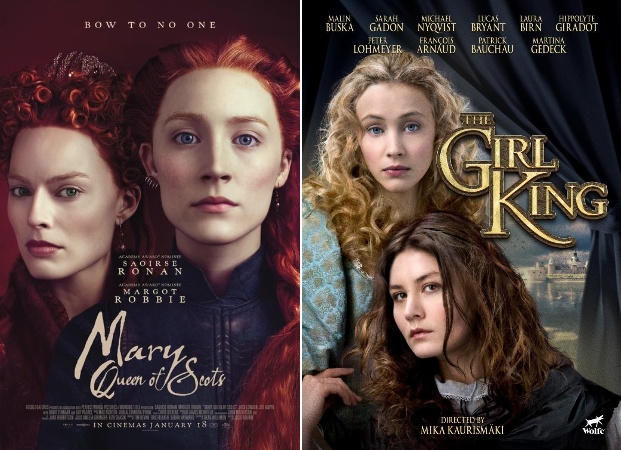 Join Amy and Johanna as they delve into the world of cinematic queens. Examining how Mary Queen of Scots and Christina of Sweden are portrayed in film, Johanna and Amy will explore how these depictions affect modern popular perceptions of these royal women.

Perhaps the most tense early modern relationship to be depicted on film is that of Elizabeth I and Mary Queen of Scots. A tale of luxury, loss, jealousy, and power, Mary Queen of Scots (2018) shows us these queens not as they were but as they wanted to be. It masterfully weaves together these queens’ hopes, fears, and dreams into a powerful drama of court intrigue which continues to define their relationship in the present day.

Christina of Sweden, the subject of a previous History Indoors talk which can be found on our YouTube channel, abdicated her throne, wore masculine clothing, and travelled around Europe. Reinterpreted in three movies, two plays, an opera and a children’s book, Christina’s life is not short of modern fictional representations but what do these depictions tell us about attitudes towards women, gender, sexuality, and mental health?