Home The Darkest Moonlit Night: The Tragic Story of the 1944 Nuremberg Raid

The Darkest Moonlit Night: The Tragic Story of the 1944 Nuremberg Raid 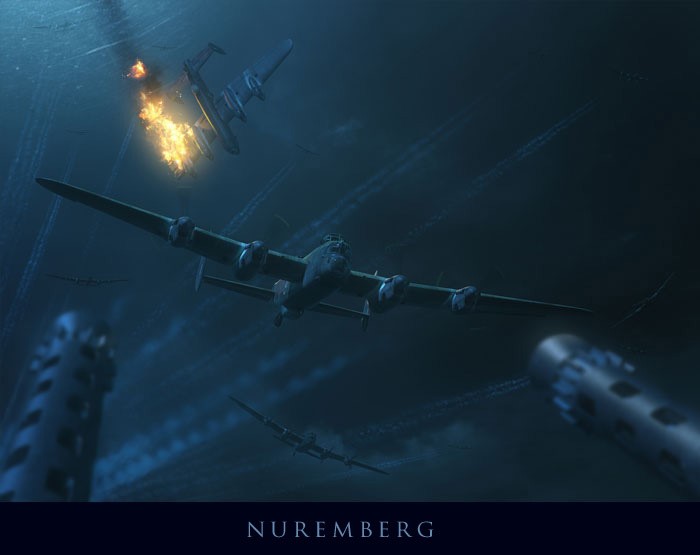 In March 1944 Royal Air Force (RAF) Bomber Command was embroiled in what their commander in chief Arthur Harris dubbed The Battle of Berlin. The RAF bombers had been targeting Nazi Germany’s capital and other areas linked to Nazi ideology since November the previous year. On the list of targets included the city of Nuremberg in Bavaria which had been the location of numerous Nazi rallies. Harris had been sure a concerted bombing effort would force Nazi Germany to surrender but by March 1944 there was little sign that the fighting resolve of Nazi Germany was waning. Would Nuremberg be the moment that this would finally happen?

The night of the 30th/31st of March 1944 would indeed prove a massive turning point in the air war and a moment that would be infamous in the RAF’s history, yet it remains absent in public memory of the war in the air. Historian James Jefferies tells us the story of the raid and examines its ramifications and legacy through official sources, firsthand accounts, and monographs. The story of the Nuremberg raid of 1944 is one filled with drama, tragedy, and numerous stories of ordinary people forced to live through the horrors of total war.