Home The Few on Film: The Battle of Britain on the Big and Small Screen

The Few on Film: The Battle of Britain on the Big and Small Screen 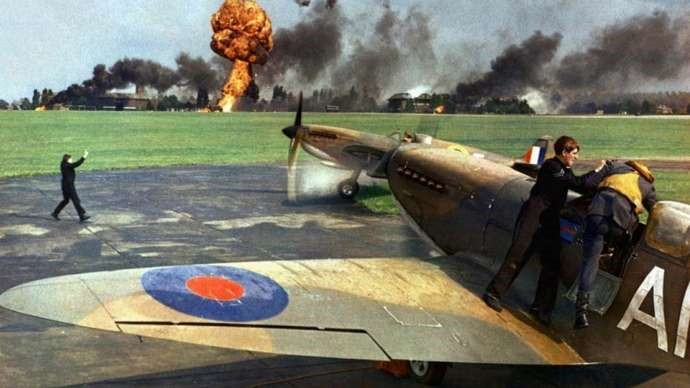 In the 81 years since the Battle of Britain took place there have been numerous interpretations in film and television that have shaped both the wider public memory and understanding of the dramatic events of 1940. The 1969 film Battle of Britain is perhaps the most well known but over the years the narrative has evolved. What often isn’t considered is how films made before the Second World War shaped how war in the air is portrayed on screen and influenced filmmakers when it came to putting the Battle of Britain on both the big and small screen. But exactly what can we learn from these films about both the events of 1940 and how contemporary events influenced these representations?

In this talk, historian James Jefferies will guide you through the various influences and interpretations of the battle in both film and television through numerous TV and film examples. Whether these are pre-cursors to the battle such as Dawn Patrol (1938) or The Lion Has Wings (1939) or direct accounts such as Angels One Five (1952) or First Light (2010), James will provide insights into how ‘Few on Screen’ has influenced the narrative of The Battle of Britain in how it has been portrayed and evolved over the years. James will also consider accounts in comedies, such as Jackboots On Whitehall (2010) and Dad’s Army (1968-1977), as well as mini series such as A Piece of Cake (1988) and A Perfect Hero (1992). Lesser portrayed elements, such as Bomber Command or international aircrews, have been depicted such as in The Way to the Stars (1945) or Dark Blue World (2001) will also be analysed as well as many other productions. So grab your popcorn and settle down as James guides you through ‘The Few on Film’.