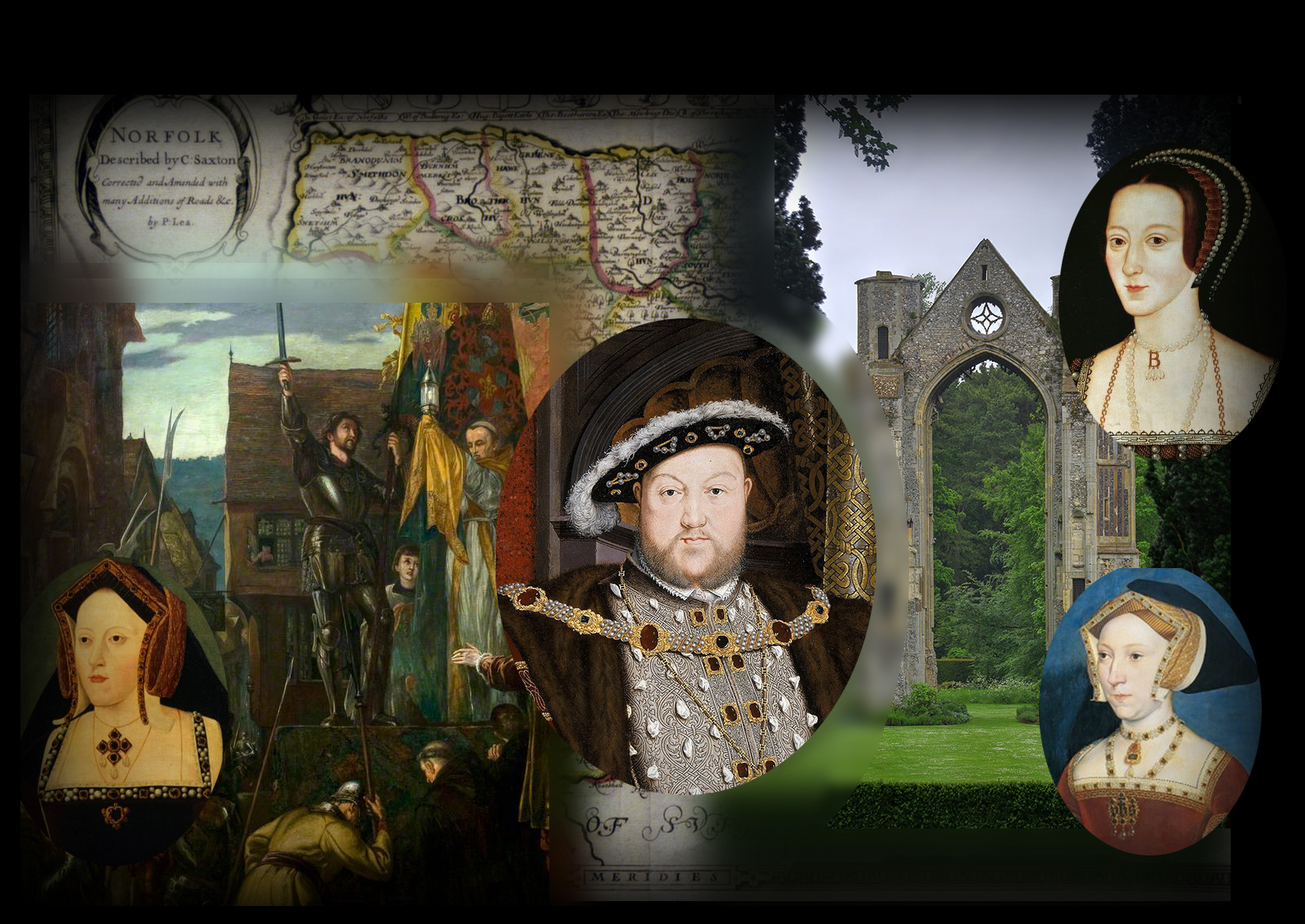 For her research, Andy has been mapping and examining the financial patterns associated with the queen’s lands of consort queens from the Elizabeth of York to Anna of Denmark. One of the focus points has been the impact of various policies brought out by Henry VIII and his dissolution of the monasteries – polices which impacted the queen’s own lands. Not only did it effect the composition of her portfolio of lands throughout the country, but these changes additionally impact those who lived on them. Walsingham Priory, located in Great Walsingham in North Norfolk, is a well-documented area that holds solid documentation of how the King’s policies: the Dissolution and the Reformation, affected the tenants who inhabited the queen’s lands.