Women workers in World War One 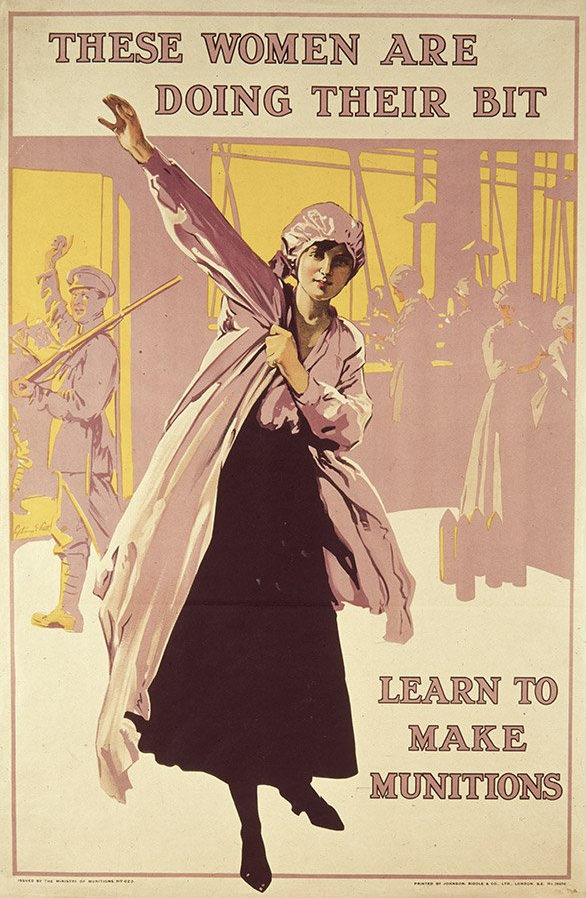 Most memories and images of the First World War in this country are of the trenches and the carnage and terrible death toll amongst soldiers who fought on the western front. What is less well remembered is the role women played on the home front. There are some memories of the “canary girls” who worked in munition factories whose skin turned yellow after coming into contact with chemicals like sulphur. But women also worked on the land (the original land army girls), on the buses and trams, in offices, on the railways and a whole host of other occupations. Overall, there was an additional 1.3 to 1.5 million women working during the war, the vast majority nearly 900,000 in munitions. How did this all come about? What happened to these women when the war ended and was this the start of a new era for women who wanted to work?