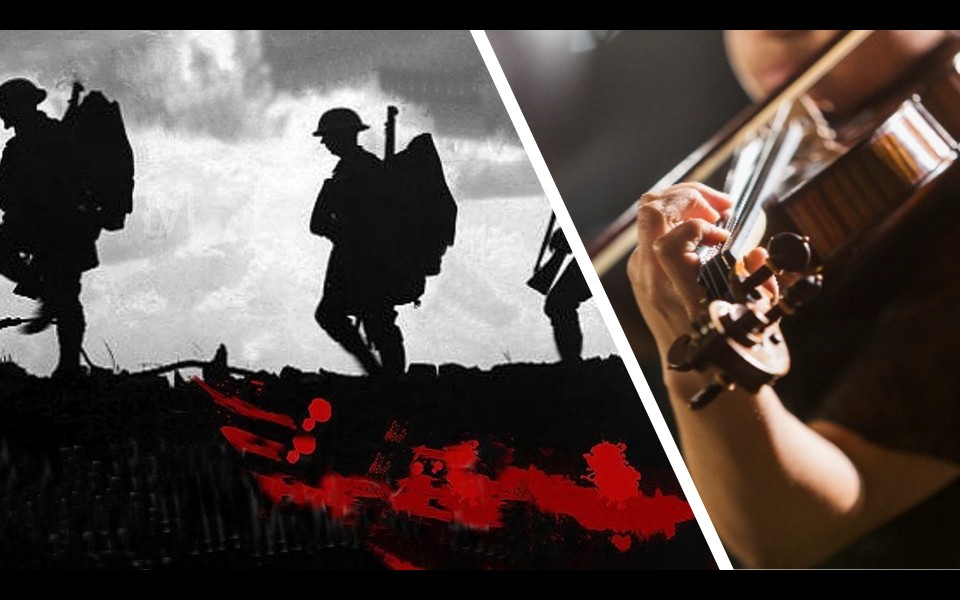 When it comes to reflecting on war, we are all familiar with art, poetry and literature, but what about music? A lot of people are familiar with the anti-war protest movements of the 1960s when a number of singer-songwriters were prominent. I am thinking here of people like Bob Dylan who wrote Blowin’ in the Wind, and in this country Donovan, with songs like The Universal Soldier.

How has classical music contributed? Here most people might think of the Last Night of the Proms, when we all sing songs together such as Land of Hope and Glory and Jerusalem, what we might call patriotic music.  But a number of composers have been linked to writing what might be termed war music, pieces that remember the horror of war in a similar way to the powerful reflections of art and poetry. So, this blog brings attention to some of the compositions that people have written over time in response to war.

The twentieth century might be described with its two world wars and other major conflicts as the era in which the term “total war” was born, how whole populations were engaged, civilian as well as military. How was this reflected in music?

From the First World War come two works that stand out for me. Firstly, there is a piece by an unknown composer, Lilian Elkington called Out of the Mist. This short symphonic tone poem (lasts only 8 minutes) is based on the arrival from France in 1919 of the unknown soldier on board a ship called HMS Verdun. There had been a fog on the Channel that day but when the ship arrived at Dover the sky cleared, hence the title of the piece. Lilian wrote this music when she was about 20/21. It was first performed in 1921. Here is an image of HMS Verdun.

The second is by a more famous composer: Ralph Vaughan Williams. His reputation is very much as an English composer, and his 3rd symphony (completed in 1922) known as the Pastoral was initially thought to be based on the countryside in England. But Vaughan Williams had volunteered to be part of the medical corps in France and was a stretcher bearer taking injured soldiers from the front line to first aid posts. The so-called pastoral (or perhaps anti-pastoral) scenes were based on the killing fields of the Western Front. You can only imagine the horrors of this experience. The final movement of this symphony which starts and ends with a single soprano voice with minimal orchestral accompaniment sounds like a lament for all who had died in this horrendous conflict.

In 1938 another English composer called Michael Tippett, was appalled by the attacks on Jews on an evening in Germany called Kristallnacht when Jewish homes, businesses and synagogues were attacked by the Nazis. Many buildings were destroyed. The number of fatalities is not fully known, but over 30,00 Jewish men were sent to concentration camps. Tippett’s oratorio A Child of Our Time is a kind of memorial to this event and was written a few years later. It is based on a traditional musical style but is interspersed with African-American spirituals which are meant to signify oppression. Its first performance was in 1944.

Deep river, my home is over Jordan.
Deep river, Lord, I want to cross over into campground.

Oh, don’t you want to go to that Gospel-feast?
That Promised Land, where all is peace?

Moving to the Second World War itself, perhaps the most poignant piece of music is by Henryk Górecki, a Polish composer. His 3rd symphony is called Symphony of Sorrowful Songs and is based on motherhood, despair and suffering. The second movement relates to a prayer written on the wall of a Gestapo cell by Helena Błażusiakówna, who was 18 at the time of her arrest. The symphony was premiered in 1977. The second movement can be seen below.

My penultimate musical journey is a composition which embraces the futility of war in general. This is Benjamin Britten’s War Requiem. This piece uses some poems by First World War poet Wilfred Owen as an integral part of the message. Its first performance was given as part of the consecration of the new cathedral in Coventry in 1962 after the destruction of the 14th century cathedral in a German bombing raid in November 1940.

This is the opening: War Requiem, Requiem aeternam – YouTube, which includes Owen’s poem Anthem for a Doomed Youth.

What passing-bells for these who die as cattle?
— Only the monstrous anger of the guns.
Only the stuttering rifles’ rapid rattle
Can patter out their hasty orisons.
No mockeries now for them; no prayers nor bells;
Nor any voice of mourning save the choirs,—
The shrill, demented choirs of wailing shells;
And bugles calling for them from sad shires.

What candles may be held to speed them all?
Not in the hands of boys, but in their eyes
Shall shine the holy glimmers of goodbyes.
The pallor of girls’ brows shall be their pall;
Their flowers the tenderness of patient minds,
And each slow dusk a drawing-down of blinds.

Given the senselessness of war in general I want to finish with one of the anti-war songs of the 1960s. Here is Donovan: Donovan – Universal Soldier – YouTube.

Mike developed a keen interest history following his retirement from the NHS. As well as his honours degree in history, Mike also has a Master’s in Sociology, specialising in psychiatry and mental illness. Mike’s main research area for his history PhD is women’s working lives in Liverpool and Merseyside in the first quarter of the 20th century. He also has a passion for music especially classical music, since he feels through this medium much healing can come. 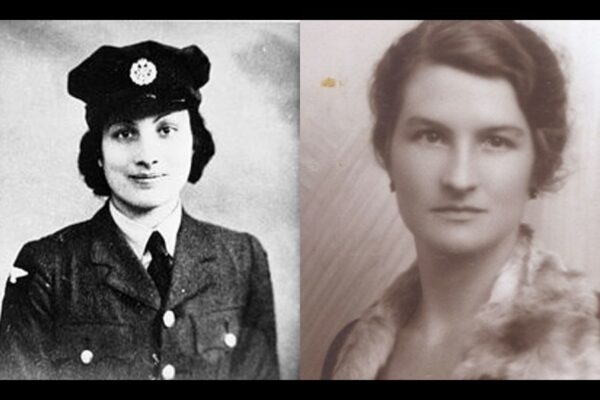 It was a bleak November in 1942, when a tall woman with striking features and a slight limp was... 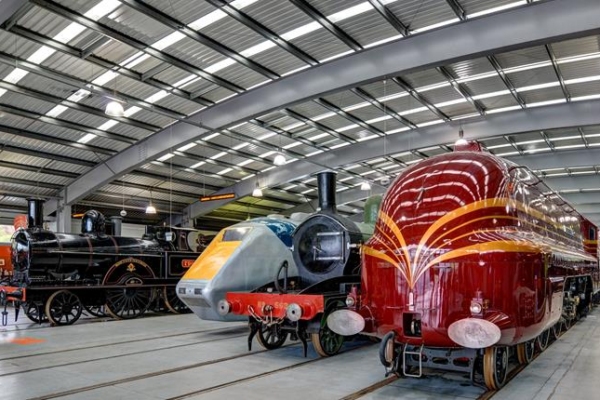